Nelda Fink: How to separate from the US Government

MUST WATCH: MY INTERVIEW WITH Nelda Fink https://odysee.com/@shadowcitizen:d/neldafink:9 Rachael discusses what it means to be an American State National and how to separate yourself from the Corporation of the United States Government. Nelda Fink is a software engineer for 30+ years and worked for the Department of Defense, has been a US Army National Guard […]

Sheriff Richard Mack has served in a wide variety of roles over the course of his nearly twenty year career in law enforcement, which began in Provo, Utah. After 11 years at Provo PD, Mack decided to return to his childhood turf in Arizona and run for Graham County Sheriff. His campaign took off and […]

Nico Rocco is the founder of EssentialLiberties.com, a news publication website that runs the gamut of every subject that reveals the vast New World Order agenda. Nico has been investigating this agenda since 2008. His focus is on the UN’s Agenda 21, which is the world agenda for the 21st century that is imposing Orwellian […] Simulcast and
Rebroadcast on

Each week, your host Rachael L. McIntosh seeks out
intelligence beyond the Right/Left Divide

Prepare to find yourself off the beaten path.

If you are engaged by what you hear, please REPOST and SHARE the episode

and while you are at it – buy your host a coffee 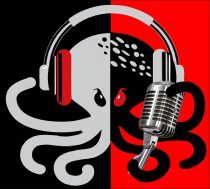