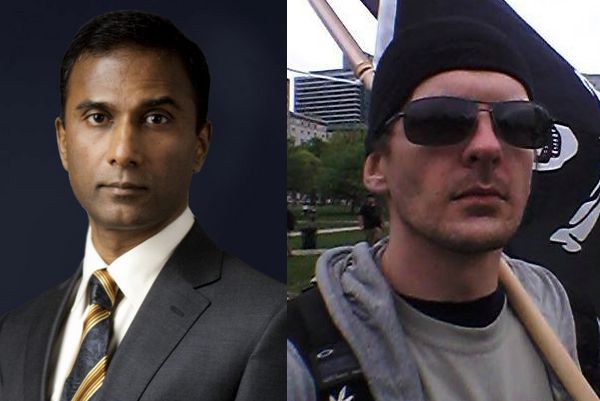 Rachael wants to know what the Boston Free Speech Rally on August 19, 2017 was all about. So she interviews one of the Organizers, one of the Speakers, and takes calls from people who where there. And discovers it was NOTHING like what the media hyped it up to be.

GARRET KIRKLAND is a 33 year old activist and organizer, native to the Commonwealth of Massachusetts. He is a left leaning libertarian and has been doing marches and rallies for 10 years, including ‘End the Fed’, ‘Defend The 4th’ and ‘Hands Off Syria’. He most recently helped organize the BOSTON FREE SPEECH RALLY on August 19, 2017 which ironically attracted over 40,000 people protesting an officially permitted rally honoring free speech in the United States of America.

DR. SHIVA AYYADURAI is an Indian-American who spoke at the Free Speech Rally in Boston. Dr. Shiva Ayyadurai is credited as inventing email at age 14 and holds four degrees from Massachusetts Institute of Technology. He spoke to the rally about the importance of free speech as a mob of over 40,000 people chanted in opposition to the rally he was speaking at. Dr. Shiva is currently running against Elizabeth Warren for US Senate. For more info go to http://vashiva.com/about-va-shiva-ayyadurai/

SAM FROM RHODE ISLAND calls into the show and describes what he witnessed during the counter protest march which he was caught up in while taking photos.