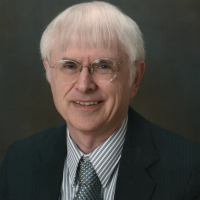 Our friend James Perloff returns for his fifth appearance on Shadow Citizen. We will review the events of 2017, and discussing what might happen as 2018 unfolds. A not to miss show to begin the New Year.

James Perloff is author of The Shadows of Power, an exposé of the Council on Foreign Relations that has sold over 100,000 copies.  He has also written two books critiquing the evidence of Darwin’s theory of evolution, including Tornado in a Junkyard. He wrote for The New American magazine for nearly three decades. His newest book, Truth Is a Lonely Warrior, is a comprehensive look at the relentless pursuit for world government. He also wrote the script for Free Mind Films’ latest documentary “ShadowRing”, released 2015, and was the leadoff speaker at the 2015 New York City LibertyFest. He has been seen all over alternative media including Leak Project, Ritchie Allen, SGT Report and X22 Report. His website is www.jamesperloff.com