Make sure to listen LIVE every Wednesday, 5:00 Eastern

Nelda Fink: How to separate from the US Government

MUST WATCH: MY INTERVIEW WITH Nelda Fink https://odysee.com/@shadowcitizen:d/neldafink:9 Rachael discusses what it means to be an American State National and how to separate yourself from the Corporation of the United States Government. Nelda Fink is a software engineer for 30+ years and worked for the Department of Defense, has been a US Army National Guard […]

Sheriff Richard Mack has served in a wide variety of roles over the course of his nearly twenty year career in law enforcement, which began in Provo, Utah. After 11 years at Provo PD, Mack decided to return to his childhood turf in Arizona and run for Graham County Sheriff. His campaign took off and […]

Nico Rocco is the founder of EssentialLiberties.com, a news publication website that runs the gamut of every subject that reveals the vast New World Order agenda. Nico has been investigating this agenda since 2008. His focus is on the UN’s Agenda 21, which is the world agenda for the 21st century that is imposing Orwellian […]

Claire Edwards, MA, is retired from the United Nations, where she edited official parliamentary documentation and publications for 18 years, which makes her a professional “fact-checker”. She confronted the UN Secretary-General over 5G in May 2018, the video of which went viral in January 2019. She co-wrote, edited, designed, and administered the translation of the […]

Claire Edwards, MA, is retired from the United Nations, where she edited official parliamentary documentation and publications for 18 years, which makes her a professional “fact-checker”. She confronted the UN Secretary-General over 5G in May 2018, the video of which went viral in January 2019. She co-wrote, edited, designed, and administered the translation of the […]

Keaton Ems: The inside word on the Greater Idaho movement

Rachael talks with Keaton D. Ems of the GreaterIdaho Movement. https://www.greateridaho.org/ As of the recording of this interview seven relatively large Oregon counties have voted to leave Oregon and reposition their county within Idaho’s border. 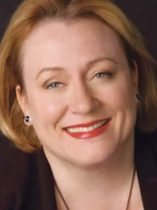 Catherine Austin Fitts – The Economy, The Injection, The Great Poisoning & WHAT YOU CAN DO!

Rachael has a fast moving personal chat with former US Assistant Housing Director Catherine Austin Fitts of The Solari Report who explains how to invest in the world you want to live in. Discussion spirals around the Economy; The End of Currency; Crypto; Bitcoin; Human Capital Bonds; Impact Investing; How to deal with the situation […]

Dr. Horowitz detailed five federal government liabilities beginning with evidence that the “novel” 2019 coronavirus (2019 nCoV) was mutated in a BSL3/4 lab, and engineered to include the AIDS-virus envelop gene, and the SARS virus “middle fragment,” verifying its unnatural origin. Accordingly, Horowitz recommended re-naming the virus, “2019 nCoV/HIV/SARS,” and warned that neglecting this scientific […]

Rachael asks former military now software / game designer Bantam Joe about Bitcoin, Etherium, Crypto and they end up talking about how bots mine our actions, supplying an over arching Artificial Intelligence (AI) with information so that it can not only commodify our actions but more importantly continue to learn. End Game = Quantum Computing […] 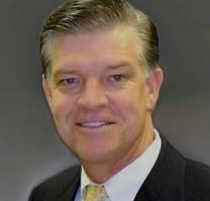 Richard Lighthouse Targeted Justice Advisory Board Member Mr Lighthouse is a writer, an engineer, and has previously worked for NASA. He holds a Master of Science degree in Mechanical Engineering from Stanford University.TARGETED JUSTICE is a 501(c)(3) non-profit organization committed to exposing and ending the CIA’s illegal torture program of U.S. civilians – through public […]